I took over as the new coordinator of the EU-funded SARAH project in January 2022, after HEUNI’s senior programme officer Inka Lilja, who planned the project together with the partners and coordinated its first year. SARAH stands for “Safe, Aware, Resilient, Able and Heard – protecting and supporting migrant women victims of gender-based violence” and is running in 2021 and 2022. 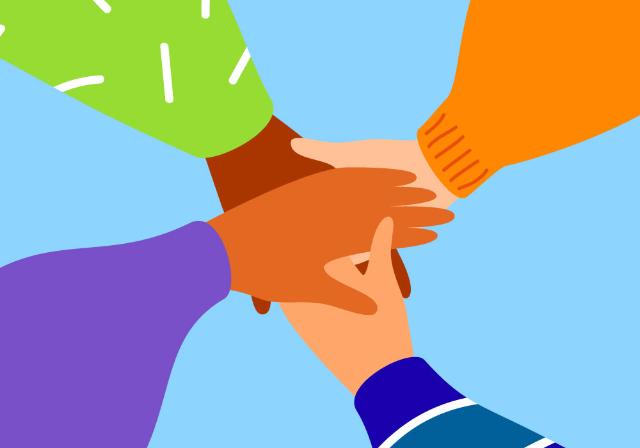 I found a multifaceted project focused on a population that is in a highly vulnerable position: migrant female victims of gender-based violence. Within SARAH, the women are provided with legal and psychosocial counselling by four wonderful NGO partners in four member states: Solwodi (Germany), Greek Refugee Council (Greece), Consiglio Italiano per i Rifugiati (Italy), and Puijola Setlementti (Finland).

In April 2022, almost 1400 counselling sessions had been held. In spite of the pandemic, counsellors have found ways to meet the women and most of the sessions were held in person. In April, I got to meet the counsellors working with the women at the premises of CIR in Rome and hear their reflections and observe them together analysing particularly challenging situations and pondering how to handle the issues encountered.

The SARAH counsellors are dealing with heavy topics and encounter and work with women who have considerable experiences of violence and abuse. Still, the work is considered meaningful and gratifying. As stated in the particpants observation:
“They were two very intense days, full of sharing experiences, intense, full of important human and professional growth. It is fundamental in every project to have the possibility to open the door and let in different "air" from all partners, as a source of enthusiasm and richness”.

How did the women experience the counselling?

Within SARAH, a systematic data collection has been carried out to collect experiences by both the beneficiaries and the counsellors. All in all, data was collected for 551 beneficiaries who were informed about the data collection and consented to it. Most of the beneficiaries are young adult women, and most of them have experienced domestic or intimate partner violence, followed by sexual violence and trafficking. Approximately a fifth had experienced forced marriage and the same amount had experienced honour-based violence. Many of the women needed more than one meeting – for many, a first meeting was needed just to go through their experiences – which is needed before directing the attention towards the future and ways forward. The beneficiaries were largely positive about the counselling, in particular the importance of talking to and being actually heard by someone was appreciated. According to many beneficiaries, the counselling increased their confidence, made them feel safer and improved their mood. Within the project, the women themselves also speak up in the SARAH podcast, which I highly recommend!

The next steps of the project are drawing on what we have learned – and what the women have taught us.

This is feedback given by many of the women victims of gender-based violence who receive legal and psychosocial consultations is crucial for the development of the project. The key messages derived through collecting direct feedback from both the women themselves as well as the counsellors are presented in the SARAH policy brief.

The policy brief would be followed by a strategy tool as well as roundtable discussions and training events in the participating countries. Meanwhile, please follow us on twitter and keep an eye on the SARAH homepage. If I was to recommend one product that this project has resulted in, it would be the SARAH podcast, where the victims themselves are given a voice and speaking up. When listening to it, I came to think of a term sometimes referred to in the literature on trauma: post-traumatic growth. The concept refers to positive psychological change that can follow highly challenging, even potentially traumatising life events and circumstances. The possibility of posttraumatic growth is there if you can affront the experiences you have lived through and make them a part of your past that you do not avoid but rather confront and make them an instrument of learning. For many people, narrating their trauma makes it a part of their history that they are able to live with and go forward in spite of. This is what is happening in many of the SARAH counselling sessions. The work at HEUNI continues being directed particularly towards the populations that are in the most vulnerable positions in society. Migrant women facing violence are one of these groups. The focus should, however, not be on victimisation as much as on the capacity to overcome traumatising experiences. With the current war in Ukraine, the endlessly long waiting times in migration services and all the challenges present, it sometimes feels hard not to despair. Within this project, there are, though, many hundred stories of agency and strength and moving forward. in the words of Helen Keller: “Although the world is full of suffering, it is full also of the overcoming of it”.